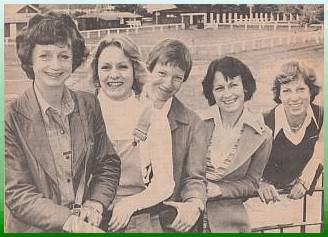 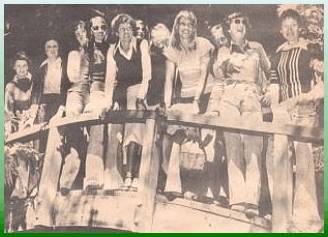 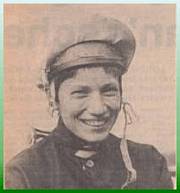 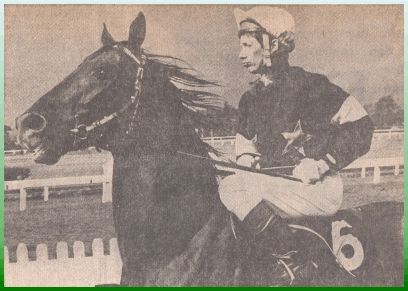 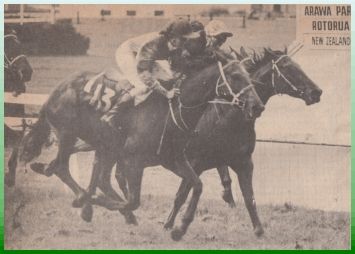 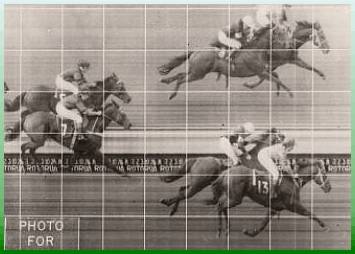 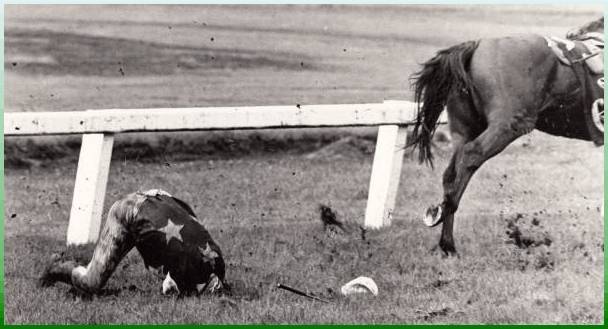 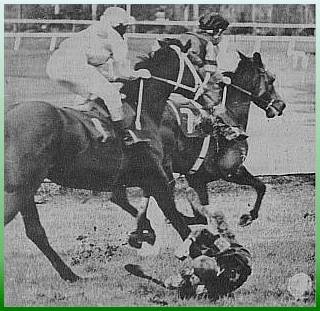 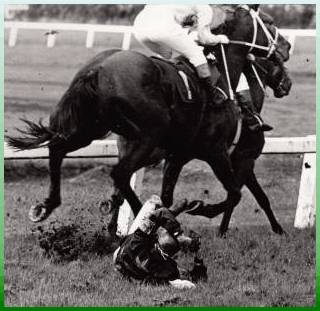 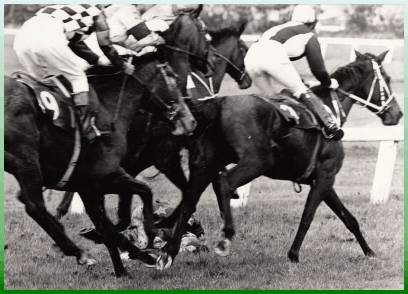 The New Zealand Herald:
"The West German Rider brought a gasp from the crowd when she fell from her mount soon after the finish. She brought her horse home just a neck behind the winner but her saddle had slipped and she fell a few metres past the post...

The rest of the field went over and round Miss Rabus as she huddled on the track. She was shaken and bruised, but suffered no major injury and was able to take part in the presentation after the race."

"The race finished sensationally when Hannelore Rabus fell heavily from Woodside Chief, who had finished second, a few strides past the post. She was troubled by a slipped saddle on the turn. After she had righted it, "it went again" right on the line. It was a fine performance by Woodside
Chief who would probably have won but for the slipping saddle." 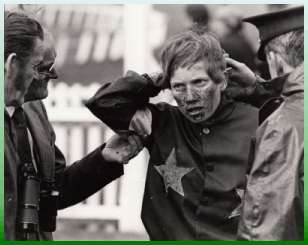 By racing journalist Steve Brem:
"The finish developed into a two-horse affair with Miss Day, on the outer, just getting the better of visiting German rider Hanna Rabus, who had ridden a brilliant race on Woodside Chief.
The horses had just passed the post when Miss Rabus was catapulted from the saddle of Woodside Chief and lay motionlesss as the rest of the field, well strung out, galloped past. However, she was soon assisted to her feet by a bevy of ambulance-men, club officiels and others, and only suffered temporary discomfort to her neck."